Here is what I will never understand, if we are the writers of our own story, why do we let other people dictate how it goes? Why do we let that nasty little voice in the back of our minds tell us what we are going to do? How dare the little demons of doubt claw their way into what you are capable of, and they hide behind our cants.

I want to share a little story, it’s something that I did last night (and now regret) with my son. I was at the gym last night and Riley was with me, I’m trying to get him to be a bit more active and he thinks cardio equipment is a lot of fun to play with (I disagree). I was finishing up my training with George, I went to check up on my pre-pubescent son who was on the sports field with a bunch of older kids. My first instinct was that they’re obviously picking on him, these evil, teenage mutants have stolen my beautiful boy’s tennis ball and are a minute away from giving him a wedgie.

Well, no one puts my baby in a wedgie and I bolted to his defense. Fueled by an epic back pump and a touch too much pre-workout, I launched out to confront these heathen brats who were picking on my poor child. I was ready to tackle these rugby jocks with the pure might of my momma bear rage and puffing my chest out like I’ve seen animals do in the wild. If National Geographic says it works against predators, it sure as hell has to work for me. Well, you should have seen me tell these boys off, I marched over to them and gave them a what-for and had basically turned into my mother.

It turns out that Riley had let these innocent young men his ball to use, and that he wasn’t interested in playing with them on the field. What I achieved was to mortify my overly sensitive son in front of a whole lot of teenage kids and he actually hated me for it and that is okay. I didn’t hesitate to rush to his defense whether he needed it or not because I love him so very much that I would put myself in the line of fire for him, over and over again.

I would drop everything to help him without giving it a second thought.

I have done this for him before, I did it for him last night and I know I will do it for as long as I live. 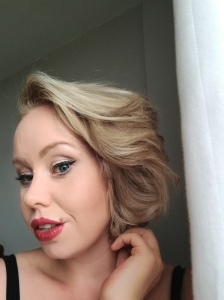 It’s something that all mothers do, right? We sacrifice our souls for our kids and don’t give it a second though at what it means for us. We give up on our dreams, goals and health for the sake of our kids and hardly give it a second thought. We love our children and families so much that we consciously put ourselves second, and the second that we don’t – we’re devoured by guilt.

But here is my question for you, what happens when you burn out? How is your family going to benefit from a worn out, miserable mom? How will your kids look up to someone who didn’t love themselves enough to make the same effort? How can you expect your children to listen to the lessons you’re trying to teach them, if you aren’t following your own advice?

You need to change your mindset to prioritise yourself. You need to know that you are worth so much more than just being a mom, a wife, a friend. You’re all of these things after being YOU. There is absolutely no way you can succeed at any of the titles you have if you don’t focus on YOU first. When will you be brave enough to put yourself first and not feel guilty about it?

When will you be strong enough to take control of your life without feeling like you owe anyone an explanation?

When will you love yourself with so much fire that you’d drop everything in your life that could hurt you?

So, this is my mom voice here to tell you that you need to rush to your own defense, be your own hero and stop hiding behind your excuses.

Your time is now! Shine.